Goodie the First: a personal essay

The Resident Expert on Everything 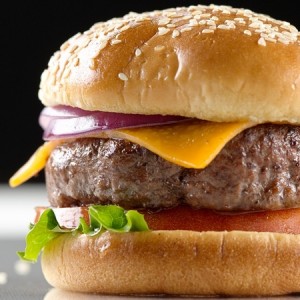 The first time I heard the word “Asperger’s,” I was pregnant with my second child and lying on my side on a massage table, a pillow under my enormous belly. The massage therapist had just told me about an adolescent boy with an obsessive crush on her. The boy had Asperger’s Syndrome.

I know this is so South Park, and clearly beneath me, but I was woozy with pregnancy and Swedish massage, and I heard her say “ass burgers.” This conjured images of donkey-meat (or worse) on a bun.

“He eats them?” I murmured, emerging from the sublime straight into the ridiculous.

She laughed. “No,” she said. “He HAS it.” And here the anecdote ends, because at this point I dozed off.

I looked this Asperger’s thing up when I got home, because my daughter was at daycare and my husband at work, and there was not much else to do except clean the cat box, which was temporarily off limits to me.

Asperger’s Syndrome, it turned out, was a form of autism. I knew nothing whatsoever about disorders that began with the letter “A.”  Nor did I much care, because the afflictions of my people began with other letters. I did have a sister once, whose name began with an “A,” but she was taken out young by an aggressive “C” – as was our paternal grandmother, her namesake. “C,” “H,” “T,” and “MHD” were our alphabetic demons. This Asperger’s/autism stuff did not concern us.

And I’ll bet you know precisely where this story is headed.

Twenty-four months after I first typed the “A” words into a search engine and was smacked in the face by a zillion and one unreadable studies and just as many lunatic rants, I found myself parenting a child I did not understand. This was not the child I expected when I was expecting. He was unlike his older sister, the children of our friends, and the hypothetical children featured in all the  ”best” parenting manuals.

Now, my time was divided between poorly performed paid work and poorly achieved household and child management. It was all disorder, all the time around here: tantrums of the colossal variety, missed milestones, and a Wild West sort of domestic chaos. Benjy had no language, except the one he alone spoke;  poor eye contact; no pretend play; no pointing at objects, and no clothes on his body when at all possible. On the list of yesses:  perpetually inflamed emotions; hand flapping; oddly dancing eyebrows; idiosyncratic forms of locomotion, apparently never before seen by any resident of Greater Boston, given the startled/angry/amused reactions I did my best to ignore; that mad, poetic jargon he spoke, and an uncanny ability to drive my husband and me to despair.

What followed were years of various therapies, hundreds of visits to hospitals for tests and specialists for diagnoses, and on my part, lingering glances at inappropriate moments into the cardboard box in the basement where we stored the wine.

When the old baby-poetry was replaced with plain English, around the time Benjy turned three, we saw that he was smart. He shared these plain English words with anyone who would listen–and some who would have preferred not to–in robotic patter. Perseveration–stalling on one sentence, one idea, one request, for minutes upon minutes–came next.  His initial diagnosis, received at age two (“Pervasive Developmental Disorder, Not Otherwise Specified”) was re-named Asperger’s Syndrome. And around that same time emerged the next set of hurdles: social impairments, loneliness, acts of self-harm, and severe psychiatric illness. Along that sad, frightening route to adolescence some exquisite things made an appearance: a focused brilliance, deep and loving empathy, a keen but often frustrated desire to do well.

By the time Ben hit twelve I realized he was something of a savant–not in that stereotypical Rain Man way, but in the way of pre-adolescent boys who play videogames and talk about farts and then discourse endlessly and intelligently on evolution, or matters of deep space, or historical successes and failures of military strategy. Who struggle through two years of group violin lessons in elementary school and at their first private lesson, presented with their first example of musical notation, proceed to sight read “Go Tell Aunt Rhody” pretty damned well, considering they’d never been taught how to read music.

Living with a kid like Ben, you never know what the next hour will bring. Within a year and a half of starting private violin lessons, he was playing Bach’s “Air on the G-string”–except when he was  curled in a fetal position on the couch while his teacher patiently coaxed him to at least watch YouTube videos of violinists playing whatever piece just slew him.

Disability parenting is a hard, cruel job. So are many others–coal mining comes to mind, as does working at places like Wal-Mart, to name only a couple. But  I would not trade my life with Ben for a life of any other ilk–in spite of the rigidity, anxiety, and depression that can attach themselves to a child like him, and which sometimes plunge our entire household into despair.

Almost every day that Benjy is near me I learn something new. When he was still in the single digits, words like “coelophysis” and “sauropod” were regularly overheard in our home–and not from the mouths of the over-educated adults who live here.  Do you want to know which species of dinosaurs living in the late Cretaceous Period were most successful, in a Darwinian sense, or why things were so darned big in the Carboniferous Era? Ask Ben.

If you should need to know the difference, say, between a Huey and a Chinook helicopter (hey, it could happen) you have only to ask, and my son will discourse on their genesis, differences, and histories. I’ve decided this is useful information for any mom to have, and that I will never again respond to his monologues by nodding vociferously and saying, “uh huh,” all the while mentally composing a shopping list. Life is just too tenuous for that.

I used to rush to my computer and Google what he said to confirm its veracity. Such as, “The dicynodonts were the most successful group of plant-eating therapsids.” True. Such fact-checking is no longer necessary. Ben lives away from home now, a freshman in a residential high school. I miss him and the lessons he taught us–our resident expert on everything. He does come home on weekends, thank goodness. On the rare occasion he makes some odd fact up, he manages to remain faithful to the spirit, if not the letter, of the thing.